“The house was bright that night, with candles lit in the windows, and bunches of holly and ivy fixed to the staircase and the doorposts. There were not so many pipers in the Highlands as there had been before Culloden, but one had been found, and a fiddler as well, and music floated up the stairwell, mixed with the heady scent of rum punch, plum cake, almond squirts, and Savoy biscuits.
Jamie had come down late and hesitant. Many people here he had not seen in nearly ten years, and he was not eager to see them now, feeling changed and distant as he did. But Jenny had made him a new shirt, brushed and mended his coat, and combed his hair smooth and plaited it for him before going downstairs to see to the cooking. He had no excuse to linger, and at last had come down, into the noise and swirl of the gathering. 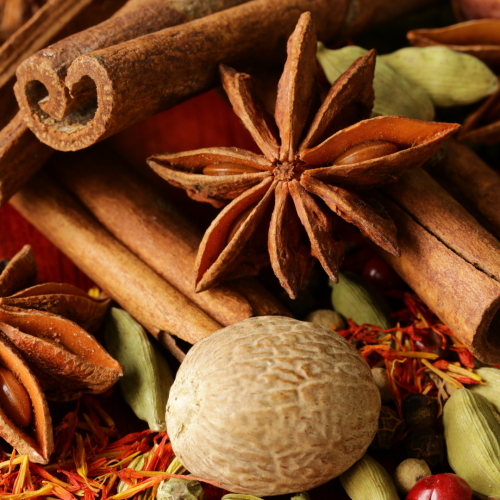 Actually all of the dairy free milk companies are creating wonderful "eggnogs" that you can use as the base for this recipe. They're absolutely delicious  and you will be able to serve a delicious and festive holiday beverage that leaves no one feeling left out!
The good news for those going dairy free this year is that you don't even have to omit the whipped cream because there's plenty of fabulous dairy free whipped cream available in cans and ready to use like just like Redi Whip. You should be able to find any of them easily at your local grocers.
At any rate every year, people beg me for this recipe and I'm always so embarrassed to tell them just how easy it is...with this one it's all in the presentation (and the rum!) At last years Winter Solstice party I think that we went through about 3 punch bowls of it and lots of the RSVP's for every Solstice party start with "Ill see you around the eggnog bowl!"
All you will need is :
3 quarts of organic eggnog or dairy free nog ( Please splurge on the organic if you're serving eggnog, you won't be sorry!)
About 2 cups of really good rum! I personally love the Captain Morgan's special reserve spiced rum for this recipe. It's already infused with so many spices and vanilla, that it's practically perfume! ( And I have been known to use it as such!)
About 6 cups of dried raisins that you've soaked for about 6 hours in a lovely single malt scotch ,reserving the scotch for the eggnog as well!
Lots of whipped cream that has been infused with vanilla extract, brown sugar and some rum flavoring. For this I like to beat my whipped cream by hand in a copper bowl with a whisk. It takes a little longer but the cream is a wonderful silken consistency. Don't worry if you don't have a copper bowl and just do it the traditional way. It will be just as yummy!
Then add a liberal sprinkling of:
Nutmeg for joy and good luck, Cinnamon for love and prosperity and Allspice for continuous good health throughout the year!
The recipe itself is quite easy, simply put the eggnog into a punch bowl and whisk in the rum and brandy. Make sure that everyone in the kitchen gets to stir the eggnog once or twice and make a wish! Ladle the whipped cream onto the eggnog so that it looks like fluffy clouds of cream, sprinkle with the spices listed above and serve. Put some of the raisins into each serving.
You will need to add more whipped cream on top as the evening unfolds because the cream continuously  gets folded into the eggnog, making it AMAZING! Serve in a lovely punch glass or a pretty tea cup with a kiss and a wish for a marvelous New Year!
I'm leaving you with a merry and  magical Solstice round to put you in the mood for the holidays...